skip to main | skip to sidebar

At noon today I took a walk in the old Cambria cemetery. Since it's an old California logging town from the mid-1800s, there was a section where the Chinese were buried. But their graves weren't marked or preserved. 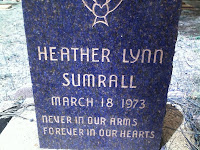 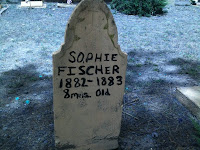 Many others' were, however, and some of the headstones told tiny, interesting stories. Babies and young children were perhaps the most poignant. One from the late 1800s, and another 90 years later.
Most headstones didn't have epitaphs, although many had military service details: WWI and WWII, the Spanish American War in 1898. A lot of people died in the 80s and 90s -- that's 1880s and 1890s. I also discovered a lot of people in the 1800s who lived into their 70s and 80s. They probably walked a lot more than we all do today. 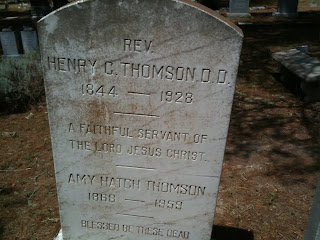 I found the Reverend Henry C. Thomson's headstone who died in 1928, a year before the Great Depression. "A faithful servant of the Lord Jesus Christ."
But one thing all had in common: they all had died. That may seem obvious, and I don't say it to be funny. And, except for the younger ones, I imagine most considered what legacy they would leave after they were gone.
I wonder about that. Do you?
From a fiction writer's perspective, legacy is a powerful motivator for characters, both negative and positive. Some waste their lives on frivolous pursuits, and others build a business that none of the kids want. Still others live as "A faithful servant of the Lord Jesus Christ."
Fiction has been said to be true stories that haven't happened. I believe we learn best from the stories of others. And that's why fiction is such a great teacher.
Posted by Rich Bullock at 4:18 PM 1 comment:

I'm one of the lucky ones. A teacher in 2nd grade got me interested in a book, and it's been a life of reading ever since.

Check out more about me and my writing at http://www.richwords.com